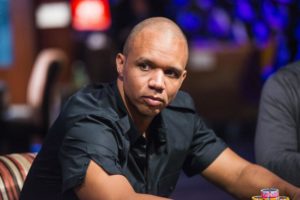 At the time of writing, Philip ‘Phil’ Ivey is probably best known for the $10.2 million he still owes the Borgata Hotel and Casino, Atlantic City after being found guilty, along with partner, Cheung Yin ‘Kelly’ Sun, of cheating at baccarat in 2012. However, lawsuits aside, Ivey is widely considered the best all-round poker player in the world.

Ivey has won ten World Series of Poker (WSOP) bracelets – in several poker variants but, interestingly, not including Texas hold’em – which places him in tie for second place, alongside Johnny Chan and Doyle Brunson, in the all-time list. To win his first WSOP bracelet, in 2000, Ivey inflicted the first heads-up defeat at a WSOP final table to be experienced by the late Thomas ‘Amarillo Slim’ Preston in a $2,500 Pot Limit Omaha event at Binion’s Las Vegas.

Also known as the ‘Tiger Woods of Poker’ and ‘No Home Jerome’ – the latter nickname stemming from the fake identification he used to play poker, illegally, in his early days – Ivey has total live earnings of $26.4 million and lies twelfth in the all-time money list. In 2017, he was inducted into the Poker Hall of Fame in Las Vegas.