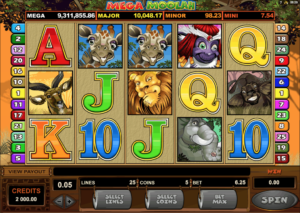 Playing Mega Moolah Goddess, a lucky player won a huge jackpot worth €3,947,030.58 on 16th November. There has been no bigger win on this type of slot so far. It is a high-volatility game that has an ancient Egyptian theme.

When the player was interviewed shortly after the life-changing win, they still did not believe their luck and kept pinching themselves to ensure it was real and that they weren’t in some fantasy dream.

They also could not say what they would do with their winnings but said it would definitely be put to good use and invested for a rainy day. There might also be an overseas holiday on the cards, but it won’t be an extravagant one.

As one of the early online gaming providers, Microgaming has been around for a long time. Since 1994, the company has been providing casino services to clients all over the world. The company is based on the Isle of Man and employs over 2,000 people. In addition to affordable online casino games, it also offers mobile casino games.

There are bingo, poker, live dealers, sports and trading solutions available, and the most popular games include Thunderstruck, Tomb Raider, Mega Moolah, Avalon II, Bush Telegraph, Game of Thrones and many others. With the launch of Quickfire in 2010, the company focused more on developing online slots.

To increase the number of players who can win a life-changing jackpot, the company is constantly expanding its progressive jackpot network.