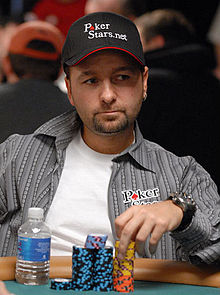 Daniel ‘Kid Poker’ Negreanu currently lies second on the all-time money list, behind only Justin Bonomo, with $41.9 million in total live earnings. Born in Toronto, Canada, to Romanian émigré parents, he collected his first live cash, $1,050, for a tenth-placed finish in the $ 200 + 30 Limit Hold’em event at the Orleans Hotel & Casino, Las Vegas in July, 1997.

However, the following April, Negreanu won his first World Series of Poker (WSOP) bracelet, and $169,460, in the $2,000 Hold’em Pot Limit event at Binion’s, Las Vegas. He has since won five more WSOP bracelets, plus two World Poker Tour (WPT) titles, and achieved his best live cash, $8.3 million, in WSOP The Big Drop for One Drop at the Rio All-Suite Hotel & Casino, Las Vegas in 2014. That same year, he was inducted into the Poker Hall of Fame and named Player of the Decade by Global Poker Index (GPI).

Although no longer a member of Team PokerStars Pro, from whom he split amicably in May, 2019, Negreanu ranks first for all-time popularity – that is, in terms of unique hits for each player – according to The Hendon Mob. As recently as July, 2019, he collected $1.73 million for a second-place finish in the $100,000 No Limit Hold’em High Roller event, again at the Rio.