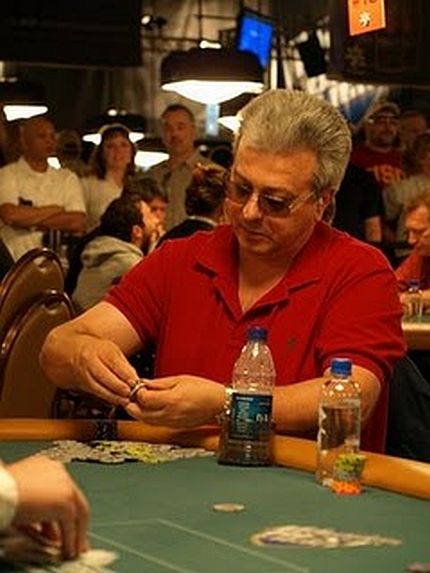 Born Anargyros Karabourniotis in Kefalonia, Greece in 1950, Archie Karas is best known for a legendary winning streak, dubbed ‘The Run’, during which he reputedly turned $50 into $46 million in the space of three years. Having already won, and lost, millions of dollars playing poker in Los Angeles, Karas arrived in Las Vegas in December, 1992. He borrowed $10,000 from a wealthy friend, which he promptly turned into $30,000 playing razz poker – a variant of seven-card stud – before repaying $20,000 and switching his attention to nine-ball pool.

Playing for up to $40,000 a rack, Karas increased his bankroll to seven figures and, thereafter, took on, and beat, some of the best poker players in the world in a series of high-stakes, heads-up games. Stu Ungar, Doyle Brunson, Chip Reese, Johnny Chan, and Puggy Pearson all tried, and failed, to beat him and, having effectively run out of opponents, Karis switched to playing craps, for eye-wateringly high stakes, at Binion’s Casino. His success continued, at least for a while, but when his luck ran out it did so in spectacular fashion. Karas lost $11 million at craps and $17 million a baccarat before returning to Greece for a break from gambling; on his return, he fared no better, eventually losing his entire bankroll playing baccarat.